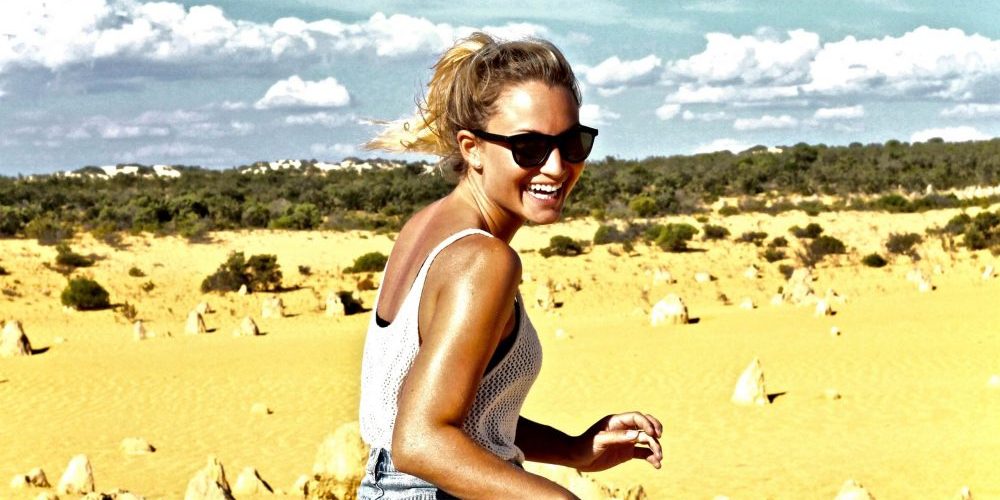 There are signs for reinventing yourself, if you’re open to looking for them. But, it’s not always easy to know when it’s time for a change. Especially a big one like a career change.

Danielle was 35 and a loyal, longtime employee of a New England bank. Married with a young family, she enjoyed the stability her employer offered. The salary was decent and the 401K would grow.

When news circulated that the bank would be acquired in a few months, the bank offered Danielle financial incentives to remain. She recognized the importance of her work, but now Danielle wondered about her future.

A big question loomed: Was it time to consider reinventing herself?

What does reinventing yourself mean?

Reinventing yourself means you notice patterns, values, or events and activities in your life that no longer serve you. You recognize the need to replace them with better options.

Reinvention begins with taking stock of what’s no longer working. When you reinvent yourself, you must examine areas of potential change — how you think, how you live, what you consider important.

You begin to empower yourself to transform areas of your life in ways that reflect your new values and beliefs.

Here are 5 signs it’s time to fix your life and reinvent yourself:

1. You’ve lost your sense of purpose.

Until faced with news of the bank’s acquisition, Danielle was passionate about her job. She was as happy as she’d ever been. Now, she felt stressed out. Her passion waned. She felt like she was standing on the edge of a cliff.

Fog ascended from the depths. Mist blocked her view. Uncertainty grew within her.

How deep was this canyon? What was on the other side? For the first time in a long time, Danielle couldn’t imagine what came next for her.

Despite her anxiety — or perhaps because of it — Danielle decided it was time to explore her options–to consider reinventing herself. She wondered what a different career might look like. She was ready to build a bridge over the figurative chasm to what came next.

Had everything remained as it was at her organization, Danielle might not have explored a change in her career.

Though not laid off or otherwise forced out, the uncertainty of her future with her current employer weighed heavily on Danielle’s exhausted mind.

The situation inspired Danielle to address what was killing her passion — and seek the spark to reignite it.

3. Your values and interests have shifted.

When your passion cools, it might represent a change in your own interests and values. For Danielle, loyalty to her employers and providing for her young family were top values.

These priorities did not change for Danielle. However, not knowing whether her employer could or would continue to reward Danielle’s loyalty meant hers and their values were becoming misaligned.

The misalignment of values prompted her to look inside herself to figure out how to reignite the professional passion she once had.

What she unearthed in the process was a desire to develop software, preferably in the video games industry. And so, that’s the path she pursued.

What sometimes starts as a way to enhance executive presence can create a deeper divide between aspiration and opportunity. A poor performance review or missing out on a promotion can often prompt introspection.

Miranda experienced this. She worked in a high-pressure and highly-competitive career in a busy Los Angeles marketing firm. Her superiors criticized her failings but offered no specifics nor suggestions to improve.

She felt like a failure but still needed to perform at work. Miranda needed a plan for reinventing herself.

We worked for months to enhance her executive presence in an effort to rebuild and solidify her shaky confidence.

A year after being overlooked, Miranda’s personal reinvention resulted in a composed and confident executive who got the promotion she wanted and deserved, along with a huge pay raise.

5. You want to leave a legacy.

Nick was 50 and admitted his life had been great. He was grateful for his good fortune in his career, moving from role to role with apparent ease. He was able to provide well for his family but wondered what he truly had accomplished in his career.

Nick wanted to give back — to make a difference in the world. Nick yearned to make the most of the rest of his life and leave a legacy, but he wasn’t sure how. He took a six-month sabbatical to sort things out.

During his sabbatical, Nick reassessed his strengths and values. He knew he wanted to help children, so he decided to volunteer to work with a local reading program. This experience helped cultivate a greater appreciation for his ability to help others — and provided a sense of accomplishment that he might not have achieved otherwise.

Will it be part of his post-sabbatical career? Either way, it is likely to contribute to the legacy Nick wants, which is to make a difference and give a lot to others in a meaningful way.

It takes time and dedication to fix your life and reinvent yourself to activate your full potential.

Whether you’ve been overlooked, like Miranda, or like Nick, you want to leave a legacy, you might experience a nagging sense of inadequacy that nudges you to take action.

Once you clarify your goals, it takes a surprisingly short amount of time to develop the habits to meet them. A study shows it takes just 66 days to form a habit.

For Danielle, the fog began to clear enough to allow her to visualize a more-fulfilling life path. Her lost purpose and passion, changing interests, and an unknown future with her current employer forced her to design a journey she intended.

Danielle now works with passion and purpose as a software developer, grateful that “we built the bridge and crossed many ravines.”

Danielle, Miranda, and Nick all took stock of what was no longer working for them. They chose meaningful change for themselves. Their decisions to reinvent themselves reflected their new beliefs and activated their full potential.

Why Professional Boundaries Are The Key To Happiness At Work
November 23, 2022

10 Preparation Secrets To Help You Nail Your Next Presentation
September 18, 2022

The Side Hustle As A Path To Personal Fulfillment
August 23, 2022

7 Vital Skills Experienced Mentors Have Perfected – And How to Learn Them Yourself
July 17, 2022

What To Do If You’re Being Passed Over For A Promotion Unfairly
April 1, 2022