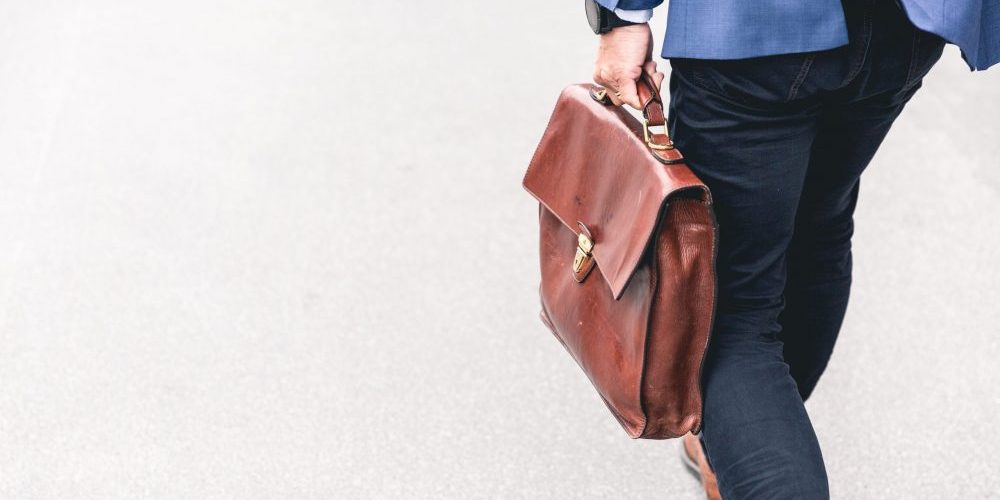 How To Escape The Limiting Beliefs Around Men, Work & Family

I’m a man! And whether I like it or not, certain expectations and limiting beliefs come with being a man in the workforce.

Not counting summer high school jobs, I entered the world of work at 18 in 1981. My ten-year career as a radio announcer began then at 10,000 watt radio station CJCJ in Woodstock, New Brunswick. As a single young man, my four-figure annual salary easily funded my living expenses with enough left over for an active social life. A career in broadcasting was novel and exciting–a dream come true. Yet, never satisfied in the moment, my limiting beliefs informed me that this career is who I am and will always be, but that I should strive for more.

What Are Limiting Beliefs?

Limiting beliefs are thoughts we have about ourselves and our self-identity that tend to hold us back. They are false beliefs that keep us from realizing our goals and desires. Limiting beliefs often start with the phrases, “I do” or “I don’t, I can’t, I have to, I should, I shouldn’t.” Many limiting beliefs inhibit men, their work and family.

My Career is My Identity

What’s the first question a stranger usually asks? “What do you do?” “I do a radio show. I am a broadcaster.” The limiting belief is, if I am this, then I am not a million other things. That belief could be good for focus, but it excludes so much. Such as, what do you do when you’re not at work? Early in my career, my identity was completely wrapped up in my work. Even my social life revolved around my radio buddies.

You Have One Calling

Another limiting belief is that you get one calling in life, and that’s who you are. I am not qualified to do anything else. Shouldn’t I have a degree? I don’t have the time or money to go to college and get a degree. This must mean that this is all I can do.

Success is Determined by Status and Money

This limiting belief was a driving force in my young life. I have to work in a bigger market, aspire for more prominent positions and make more money, otherwise, I am a failure. If I could only make it to Toronto, I would make a lot of money and be satisfied.

I Work Hard to Provide the Best for my Family

If I work hard, I will be noticed as a hard worker and will be offered ever-increasing positions of responsibility. With these come more pay but more expectations of working longer hours. Regardless, it will make me a good provider for my family. As well, everyone admires one who works late, even if it leads to burnout.

How to Escape These Limiting Beliefs

My dad tells a poignant story of his own father, a well-known fiddle player. My father remembers his dad passing him the violin to try. It didn’t go so well, my grandfather declaring, “You don’t have any musical ability. Stick to sports.”

My dad believed this his entire life. At 86, he has yet to attempt a musical instrument of any kind, believing that he does not have the innate ability to even try. He was and is good at sports and is a talented painter, yet I often wondered how different things might have been had that belief not been so powerfully planted in my father’s brain. Some examination of the belief and a desire to change it could have led to a different outcome.

Act As If Your New Beliefs Are True

Visualization is a powerful practice. Through neuroplasticity, you can rewire your brain, tricking it to believe what you visualize as reality. The practice of visualizing allows you to turn an abstract hope into an inspirational and guiding picture of the future you seek. The human brain can’t always distinguish between a memory, a present thought and a vision of the future.

You Can Do It!

I’m thankful that many of my limiting beliefs have been altered. I obtained my first career goal within seven years, finding myself on-air at Canada’s top country station, CFGM in 1988. My salary had tripled and it all seemed wonderful. When the format changed within a year, I was sent packing, in disillusionment, my beliefs shattered.

While I worked at a half dozen radio stations over a decade, my broadcasting career represents only a quarter of my working years. Fate, such as losing my broadcasting job, would give me rich experiences in other fields such as communications, ministry, coaching and even brief dalliances in comedy and acting.

Despite those perceived losses, by the time we started our family, I was in a communications career with the government. My beliefs were evolving. My quest for more responsibility and the accompanying pay increases were of much less interest to me. Leaving work at 4:30 to be home with my two sons and my daughter was a much greater priority. Even though we were scraping by, I wouldn’t change a thing. It taught me that our beliefs don’t have to define us. They can change and we can escape the beliefs that hold us back.

The One Surefire Gift to Motivate You When You’re Down
December 9, 2022

3 Ways to Deal with your Inner Critic and Show More Confidence at Work
January 31, 2021