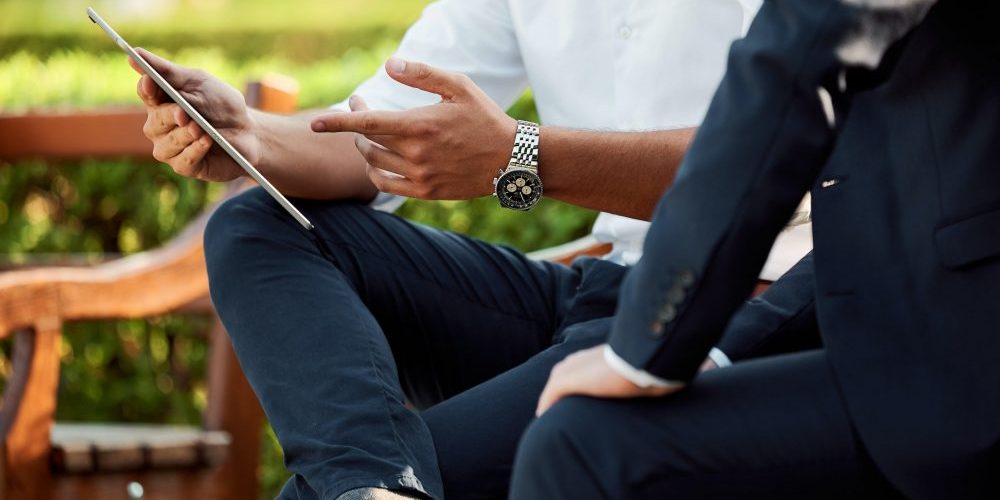 8 Habits Successful Leaders Practice To Build A Legacy That Lasts

Your habits as a leader, both good and bad, are building a legacy that lasts. In my 40 years in the corporate world, I have worked alongside dozens of leaders.  I’ve experienced many mediocre, incompetent, and downright evil bosses.

Successful leaders that build a lasting legacy, I have observed, are exceedingly rare. These are the bosses who are known for leading by example. They practiced habits that I emulated to help me to also lead by example.

You can adopt these habits to become a more successful leader.

When I think of the best leaders I’ve encountered over my career, Ken rises to the top. Ken was the CEO of an organization with 750 staff. His uncommon ability to lead well looked effortless to the casual observer. As one developing my own leadership qualities at the time, I sat down in a coffee shop with Ken to learn his secrets to successful leadership.

It was a busy weekday morning and the din of baristas grinding beans and creating espressos for hurried workers faded into the background. I was eager to hear the thoughts of a masterful leader. Despite the surrounding clamor, Ken was as relaxed there as I often observed him at work. In between sips of Americano, Ken first made the distinction between managers and leaders.

“Management is more about managing objectives and having targets,” he said. “It’s all part of having a well-run organization but leadership is more on the inspirational side…. It’s what people do when no one is watching.”

I was watching, and over the next 90 minutes, Ken shared with me what turned out to be…

8 Habits Successful Leaders Practice To Build A Legacy That Lasts

Making a profit is one of the most important drivers for success in any business. When it trumps all else, that’s when it becomes a problem, muses Ken. He prefers to favor people, aware that success has a lot to do with the way you treat people.

Really listening to people is one of the best ways to show people you care. Ken expressed the importance of leaders cultivating good listening skills.

“The boss may not always be right,” he said “You need to give people a chance to speak their mind but you have to listen to what they’re saying because they may have the right idea.”

Building upon listening well is to involve people in decision making.

Ken’s style of leadership is participative or democratic. To develop trust and respect in the people he leads, Ken recognizes the importance of involving people, a key to building a legacy that lasts.

“As a leader, you need to be comfortable enough with yourself to admit that you don’t necessarily have all the answers.”

For those that do have the answers, a successful leader would give them the recognition they deserve. According to Ken, “There are other people in the organization who know more than you do, so let them shine.”

“Some people think there is only a limited amount of shine in the world,” he said. “That’s crazy. The more people shine in your organization the happier people are and the better job gets done overall.”

Trust and Empower Others: Don’t Micromanage

According to a survey, a micromanager is the worst kind of boss. Bad bosses drive job dissatisfaction, and senior leaders should seek to deal with such destructive traits in their managers. As a democratic leader, Ken trusted those around him and made it a point to lead by example. When I wondered aloud about a challenge I was facing, he would often say, “You’re the expert in that area. Trust your gut.”

If the worst bosses are micromanagers, the best bosses are humble. Despite being the CEO, he did not lord his title over others. He was able to acknowledge failure. It made me and others on the team feel OK to do the same. When something didn’t work out, he was interested in fixing the problem, not blaming others. In stressful situations, he was unflappable. In my own leadership, I often dipped from Ken’s well in times of crisis. When my staff would start to panic over an issue, I would help them to gain perspective, reminding them that none of their decisions would result in any loss of life.


Communicate Clearly and Often: Be open and transparent


Ken touted the value of communication, noting, “Even when you think you’re doing a good job communicating to your staff, you can always do more.” He stressed the importance of sharing information with the staff.

“Knowledge is power but it has to be shared,” he said, noting his practice of openness “has never come back to bite me.”

I never had to strategically find a time when I thought Ken would be in the right mood to discuss contentious issues. Whenever I had an interaction with Ken, I knew what to expect. Regardless of circumstances around him, I could expect Ken to consistently demonstrate the traits that made him successful as a leader.

Ken has long since retired since that morning in the busy coffee shop years ago, but his legacy lives on. For the many who experienced his leadership over the years, Ken’s consistency made him a legend. The workplace needs more leaders like Ken; those who lead by example. By developing the habits that Ken practiced, like him, you can build a legacy that lasts.

I’m Brent Roy, PCC, CPLC, CMC,  a certified career, executive and personal development coach and certified mentor coach. I can help you increase your confidence to prepare you for promotion or a new career. For more ways I can help, reach out to me.

This article was originally published May 11, 2022 on YourTango as “8 Habits That Successful Leaders Practice In Order To Build A Lasting Legacy”

How this Standout Skill Can Help You Become a More Likeable Leader
January 21, 2022